Posted on January 30, 2018 by decisionmanagementcommunity 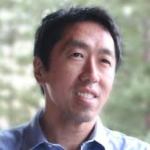 Andrew Ng is known as the founder of the Google Brain, co-founder of Coursera,  and Baidu’s chief scientist (he also was a presenter in one of our early Decision Camps). Today Andrew Ng is one of the most recognizable names in the machine learning community. He left Baidu in 2017 and quickly launched a number of new AI projects, including the Deeplearning.ai course and Landing.ai, a project that aims to bring AI to manufacturing companies. It turns out that what he was really working on, though, was his AI Fund, for which he has raised more than $175M. This isn’t going to be a traditional venture fund. Instead, Ng and his team will use the money to initiate new AI businesses. Read more

This entry was posted in Artificial Intelligence, Machine Learning, Trends. Bookmark the permalink.